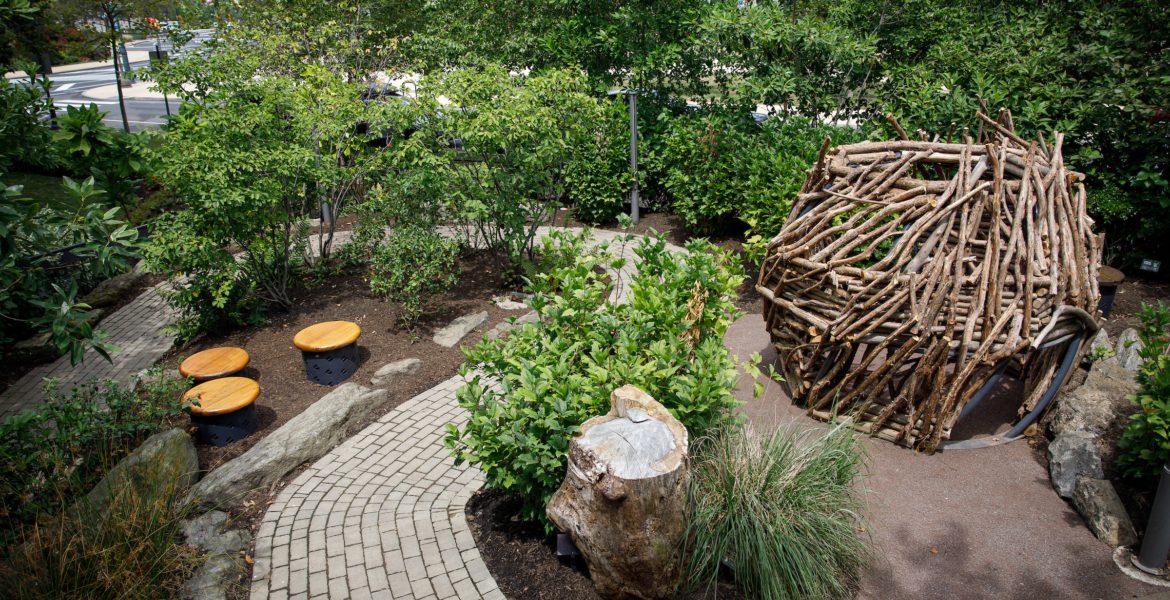 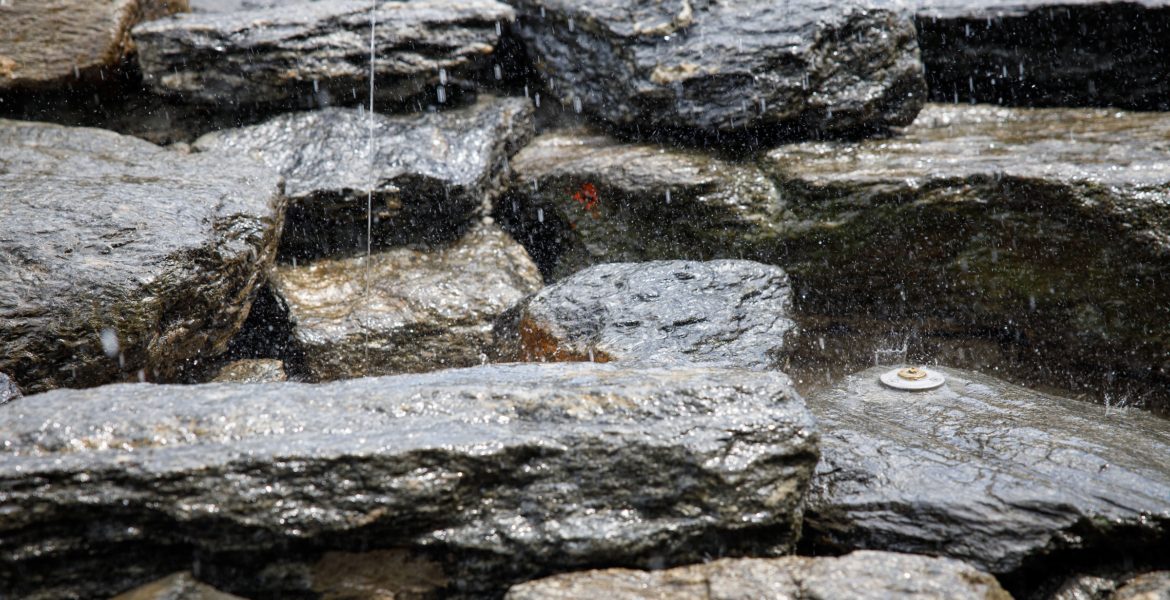 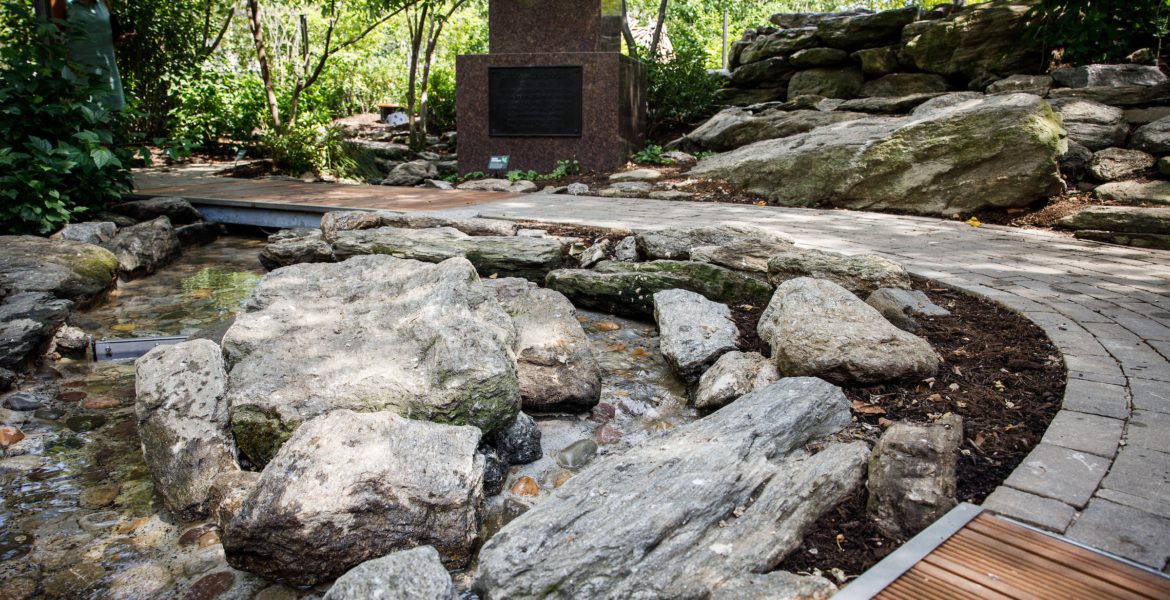 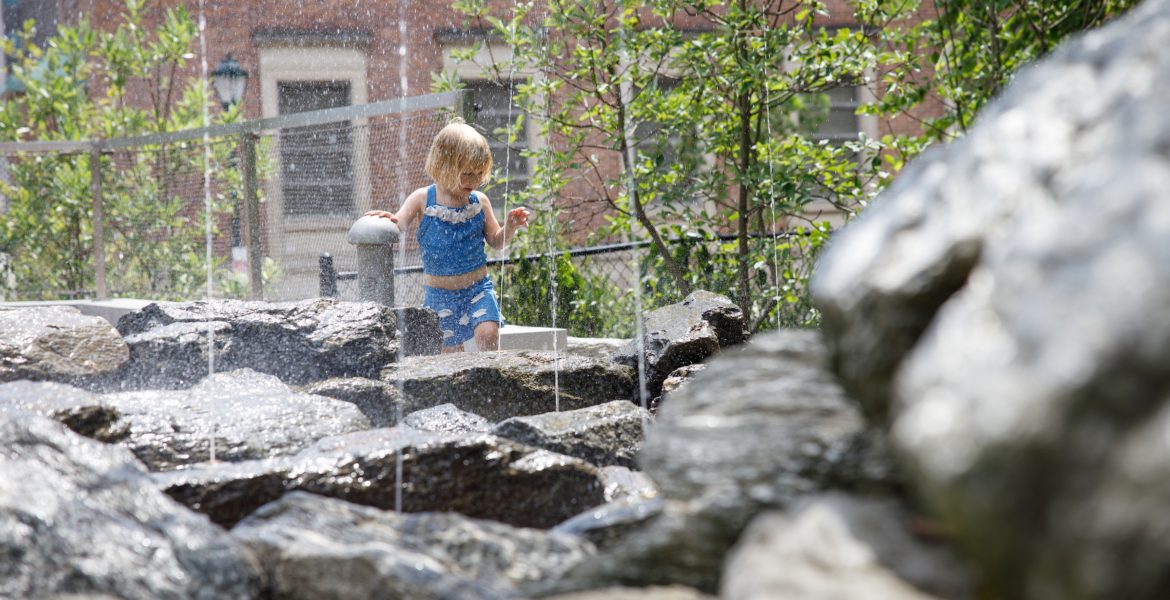 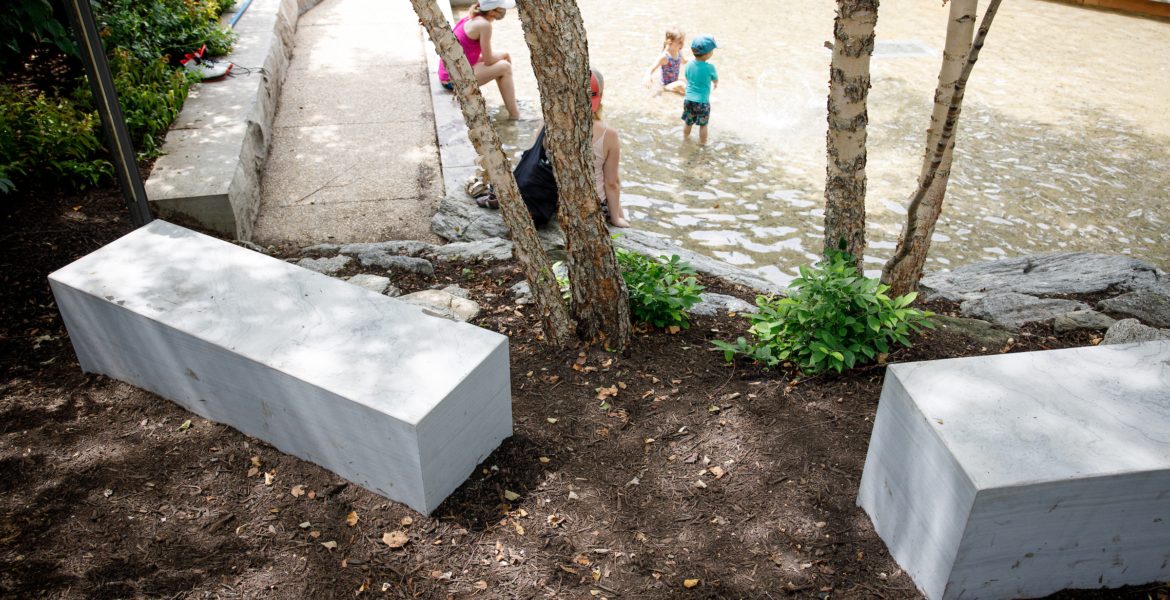 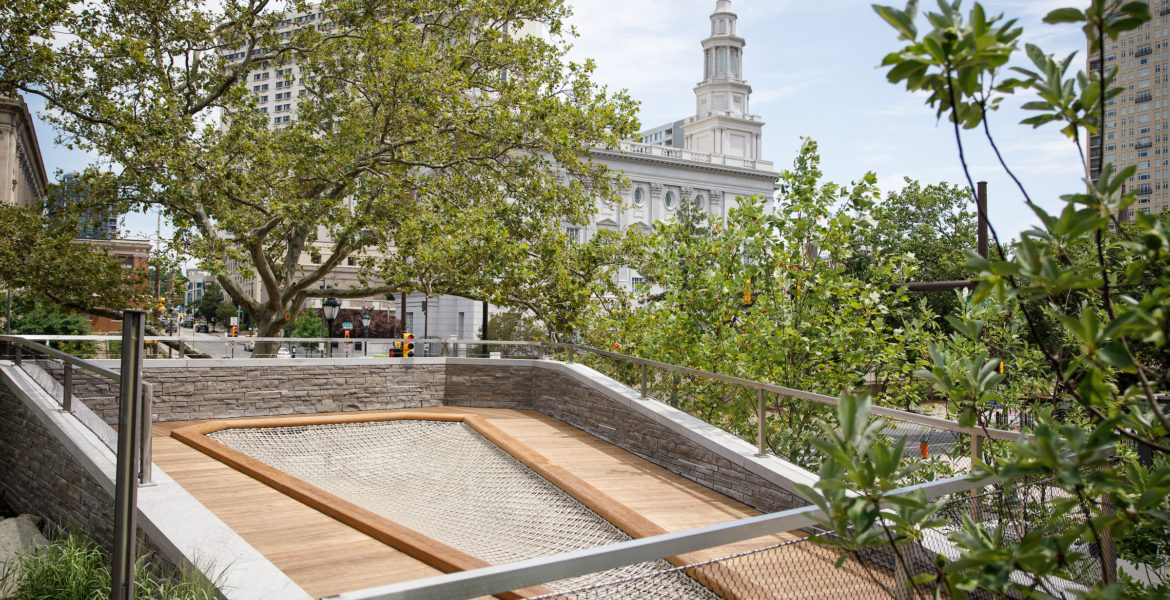 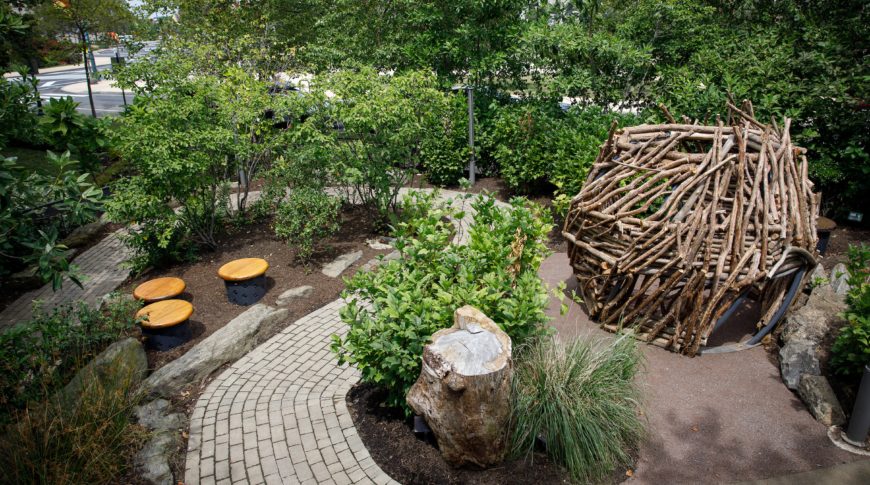 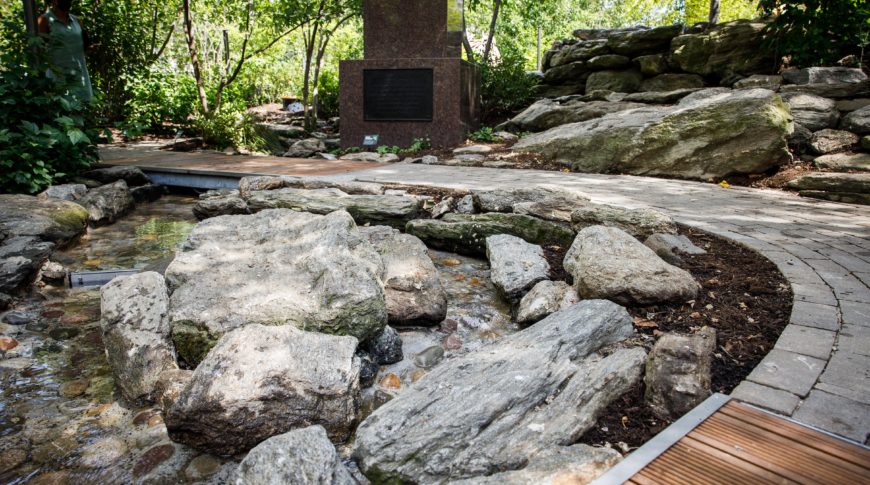 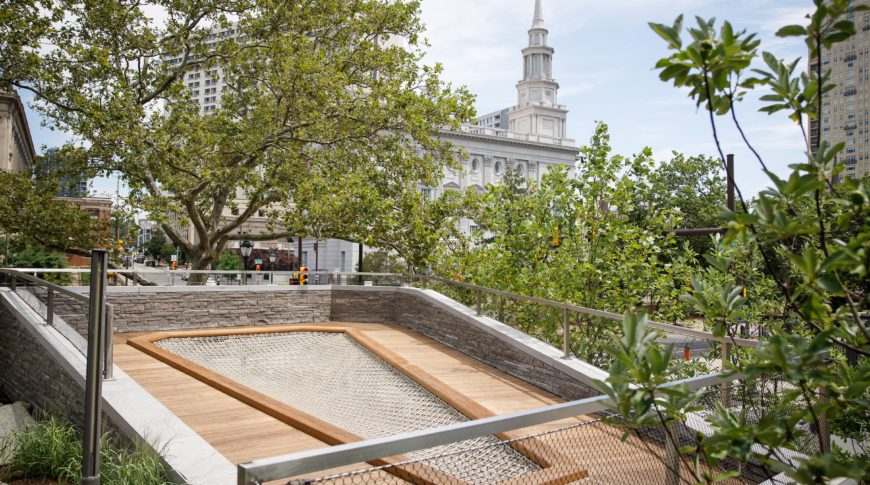 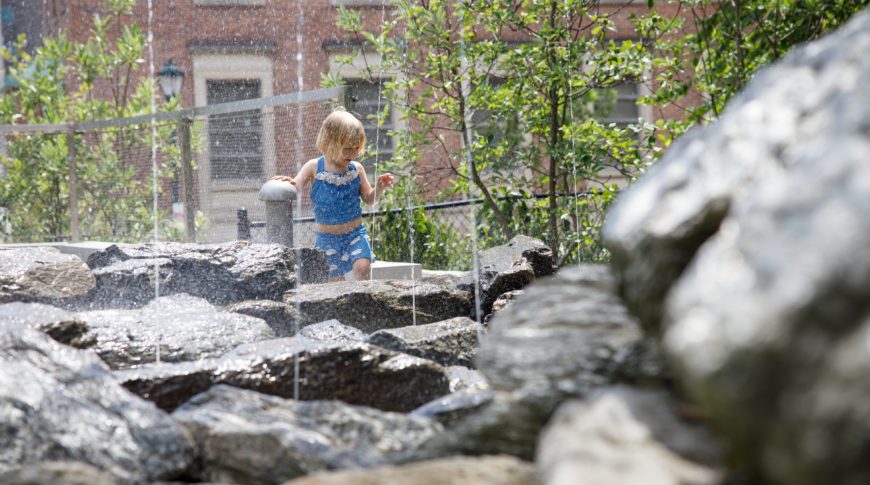 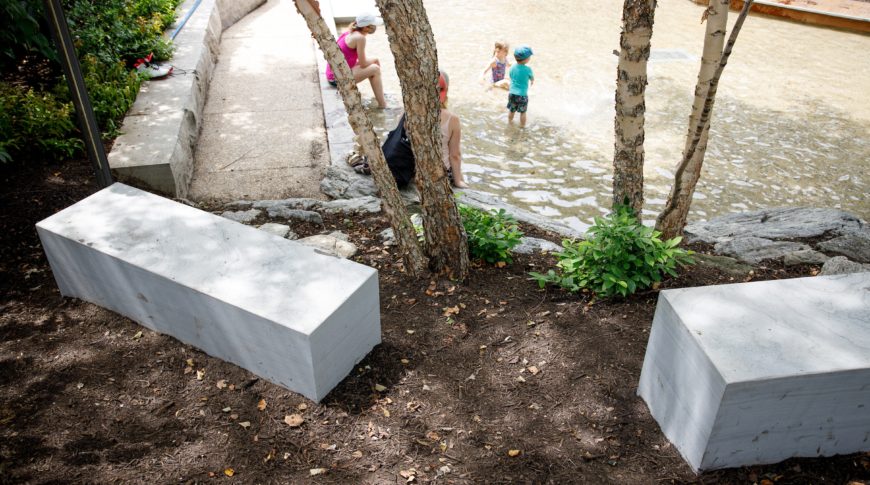 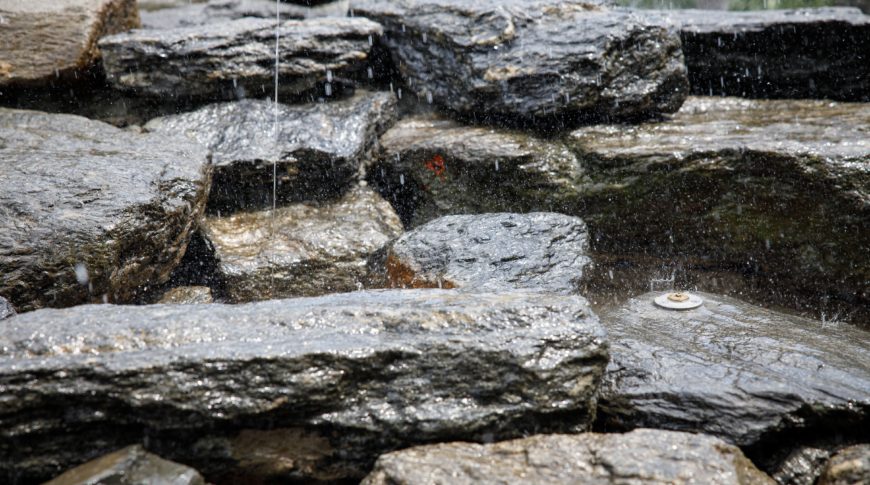 Bittenbender Construction was selected to complete the expansion of the Discovery Garden and play areas at Sister Cities park. The inspiration for the renovation of this park was the Wissahickon Valley, a picturesque wooded gorge extending seven miles along Wissahickon Creek in the northwestern section of Philadelphia.

The enhancements include a custom mill-work climbing net and platform, a “hiding” nest, a stream dam, and push-button operated water jets, in addition to an extended area for plantings and additional stone benches. Many of these new additions will be accessible year-round, keeping the park active in the colder month. To replicate the true landscape of the region many of the materials were sourced locally, including the Wissahickon boulders and timber.

Bittenbender Construction served as the prime general contractor for the park, cafe & visitor’s center when it was first built in 2012.